Part of the Series “Classic Cult TV Club”
Produced by janette on December 3, 2018

In this episode “culters” discuss the dynamic duo of daring do, Batman and Robin the boy wonder in the classic of classics, the iconic 1960s Batman TV series, the one with that theme tune, dada dada, dada, BATMAAAAN”. A strong contender for the Classic Cult TV Club’s cheesiest show ever gong, the series, though only running for two years from 1966 to 1968, certainly packed a punch in popular culture.

The episodes put under the Cult TV Club spotlight  are The Joker is Wild and Batman is Riled from the first series. So crackers at the ready for an audacious adventure with the dynamic duo…

Hope you enjoy it. 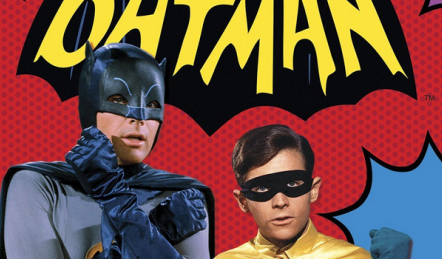